Hide Your Pigs and Lock Your Bins!

Home/Farm Insurance/Hide Your Pigs and Lock Your Bins!
Previous Next

Hide Your Pigs and Lock Your Bins! 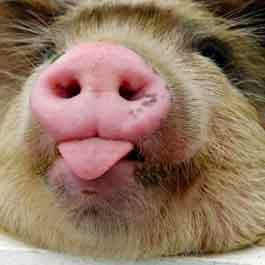 There has been a rash of reported farm burglaries in just the past two days.

A pig farm near Sheldon, Iowa was the most recent target.  Some brazen criminal, with access to a semi, backed up to the families hog buildings and stole 415 pigs, a value of nearly $38,000.  It seems like an odd thing to steal and most certainly points to someone that has the capabilities of transporting and storing a massive number of pigs.
In a separate case, a father and son duo from Deep River and Montezuma, respectively,  are accused of stealing over $10,000 in soybeans.  That’s about 750 bushel (45,000 pounds), or just shy of a loaded semi.  They allegedly made five different trips to the victims bin to steal the soybeans.
Although it didn’t make the news, on Saturday night we had a client in Poweshiek County lose a Polaris Ranger, along with tools stowed in the Ranger.  The total loss will be around $9,000.  We know our client will be adequately covered and will receive a full claim settlement for his loss.  We hope the other two farmers took the time to review their farm policy with their agent and have coverage for their losses.  If they didn’t, we would be happy to review it for them!
By Brad Phillips|2018-04-09T19:48:06-05:00November 22nd, 2012|Farm Insurance|0 Comments

Phillips Stafford Insurance Group is an independent insurance agency with office locations around Iowa. We specialize in working with business owners to protect, grow, and transition their business. We are also well equipped to handle all personal insurance needs.