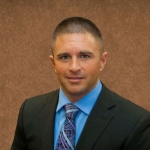 We are excited to announce that Josh Stafford has joined Phillips Stafford Insurance Group as a Managing Partner.  Josh will oversee the training and development of new agents as well as be responsible for new client acquisition.

Josh brings an impressive set of skills to the company.  Both in his ability to work with clients to protect their business, family, and future, but also in the ability to develop new agents and guide them in providing the same service to their clients.

Josh resides in Indianola, IA with his wife, Ashton and his daughters, Jacey and Shea.

Connect with Josh on Linkedin

Phillips Stafford Insurance Group is an independent insurance agency with office locations around Iowa. We specialize in working with business owners to protect, grow, and transition their business. We are also well equipped to handle all personal insurance needs.